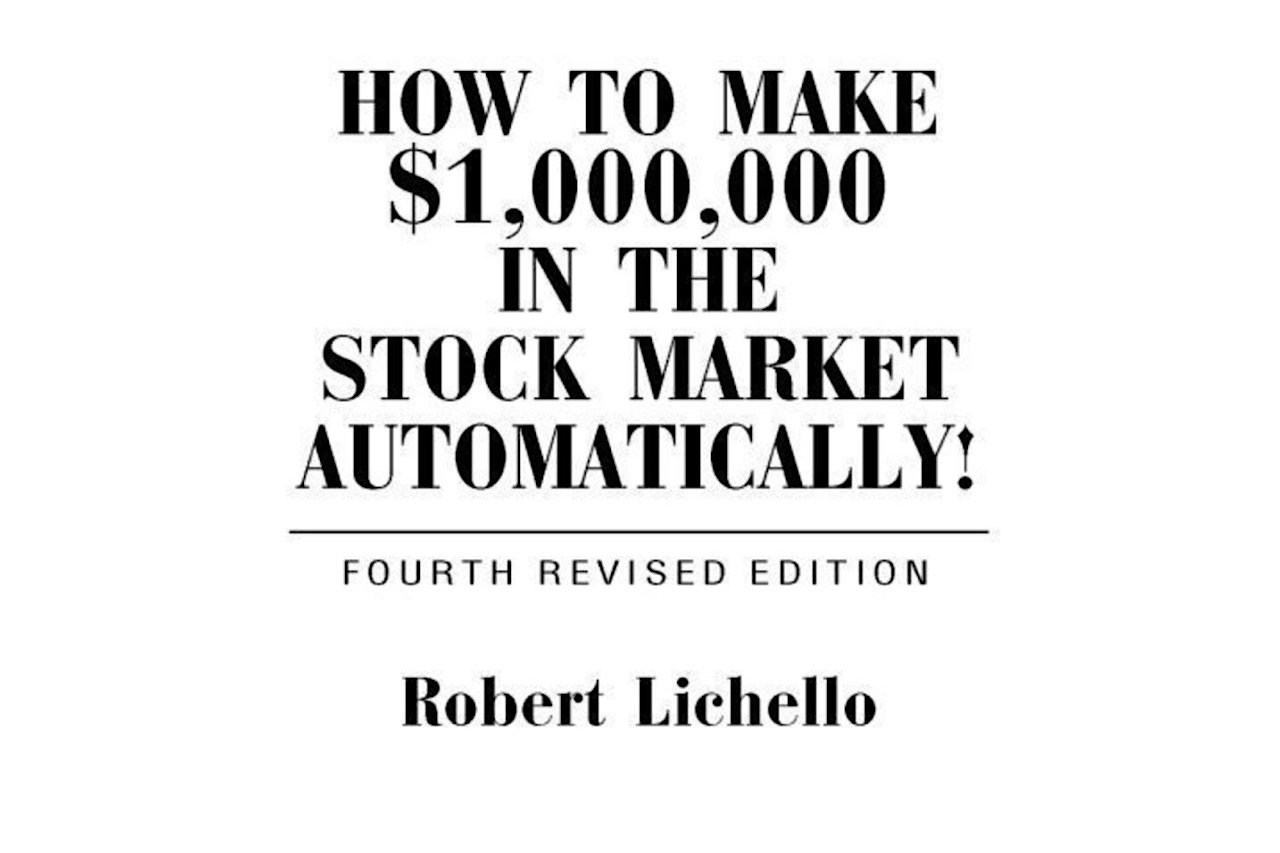 Heads-up: some of the links in this post are Amazon affiliate links, which means if you happen to buy something, Amazon gives me a little moolah.

Automatic Investment Mangement, or AIM, is an amazing concept once you get past the outrageous-sounding title of Robert Lichello’s book, How to Make $1,000,000 in the Stock Market Automatically. I’m not going to claim that I’ve made a million bucks (yet, but I’m working on it) by following the amazingly simple formula offered in this book, but after I started using AIM my portfolio started gaining rather than losing, so I’m going to claim that as a win. Just as important, I stopped having ulcers about what the market was doing!

After years of banging his head against the wall, Lichello came up with a simple math-based approach to investing that, using stocks with significant volatility, has the potential to generate huge returns over time with very minimal risk. There’s no gimmick and no gotchas to this system, and anyone can do it. Moreover, you don’t have to start out with a ton of money: you could take even $500 or $1,000 and put it to work without losing sleep.

I’ve been trading in the stock market for going on five years now, and I’ll wager that at one point or another I’ve tried virtually every “trading system” out there. Many of them will make you money if you have a cast-iron will and can steel yourself to the inevitable losses that almost all of these systems incur, in exchange for the less frequent large wins that, over time, will generally move you ahead.

Unfortunately, I simply don’t have that emotional fortitude. The market is driven by fear and greed, and despite my best efforts to stick to a given plan, fear eventually won out. I certainly won some decent trades, but I lost a fair bit more, and my net balance was in the red. I hadn’t lost my shirt, but enough to sting. Worse, I felt like I was caught in an endless cycle of frustration. But I also realized that, like it or not, the stock market is the best way to leverage your money and build wealth…IF you can find a system that works for you, and if you can stomach it.

So, despondent and beaten, I sat out for a while, with everything in cash on the side while the market did its thing, mostly rising. Then – I kid you not – I saw an ad or something (I can’t remember now exactly what it was) for this ridiculous sounding book in one of those spinning racks in a grocery store somewhere. “How to Make $1,000,000 in the Stock Market Automatically.” Yeah, right. What a preposterous title! What moron would fall for something like that?

I checked out of the store and headed home…only to be plagued by thoughts of that ridiculous book. Cursing myself for a fool, I started looking into it…and bought the Kindle version of the damn thing from Amazon. If nothing else, I figured I’d probably wasted more money on worse things.

As it turns out, I think that’s probably the best money I’ve ever spent. The first part of the book is a recounting, told in a very engaging first person view by Lichello, of his trials and tribulations, which culminated in losing his shirt, along with millions of others, during the bear markets that hammered people in the 1970s, particularly in 1973, when the Dow lost over 45% of its value. More recently, those who saw their lives destroyed by the 2008 Financial Crisis can sympathize, with the Dow losing nearly 55% between October of 2007 and March 2009. And the times we’re in now – April 2020, as I write this – are uncertain, to say the least.

Getting to the meat of it – Lichello’s Automatic Investment Management (AIM) system – he describes both how he came to develop the system, and then steps you through it. It’s one of those things that, while perhaps not on the same level of genius as Albert Einstein’s E=MC^2, is nonetheless nearly as elegant, and likely will have a far greater direct impact on your life.

The mathematical system Lichello devised uses basic math that most fourth graders could easily grasp. I’m not going to go into all the details here, because while the system is simple, explaining how it works takes a fair bit of work. Suffice it to say that it’s a nearly ideal (although still imperfect) method to buy low and sell high, while preserving and protecting capital if the market plunges. AIM is also immune to the principle of many “systems” that work as long as only a few people do it, but when thousands are doing it, the system fails. AIM is entirely math based, telling you how much to buy or sell (or hold) at any given point for your stock value.

Just as one example, let’s take a look at the ups and downs of the 1970s to use as a reminder that the market isn’t ALWAYS in bull mode. I started the AIM machine with $10,000 in “stock” using the Dow, and $10,000 in cash, buying in at a non-optimal point (i.e., not at an ideal low), the close of March 1964, and ended it at roughly the same price in July 1982. Why those dates? Because a “buy and hold” investor would have made just about zero on his investment after 18 years. Ouch.

Now, I did “cheat” a little and instead of using the actual Dow figures, slid the decimal to the left two places (i.e., 900 would become 9.00), as AIM needs to have enough share liquidity to function properly in making buys and sells. But the percentages and where AIM would buy and sell would remain the same. This is, after all, just to illustrate how AIM works.

So, AIM goes in and, as you can see, buys on the way down (accumulation), and then sells on the way up (distribution):

By comparison, an AIM investor would have increased the portfolio by 13% . Now, that doesn’t sound like much, but consider:

That last one is huge. Because the Dow then increased over 200% before the 1987 Crash. AIM would have been selling on the way up to save up cash, then would have again gobbled up a bunch of shares during the crash.

Anyway, don’t let the sluggardly performance of the Dow example above put you off: turn AIM loose on frisky stocks with lots of volatility, and it can churn out some serious money, and there are a variety of ways to tweak it to improve its performance that don’t require you to be Wile E. Coyote, Super Genius. I’ll probably do another post or two on more volatile examples to show some of AIM’s potential.

The most important thing, for me, at least, is that with AIM I don’t feel stressed all the time about what the market or my stocks are doing. I know it’s going to buy shares when prices go down enough, and sell shares to store up cash for future buys when prices rise. And there are various tweaks you can do to improve its performance — all while preserving your precious capital.

Again, I haven’t made a million bucks (yet), and I’ve lost a lot of time dithering and screwing around with it. That’s part of the reason why I’m writing this and future posts on investing: to hold myself accountable to sticking with the system, and to show others things to do and NOT to do on their investing journey.

Anyway, I highly recommend Lichello’s book on AIM – check it out on Amazon!