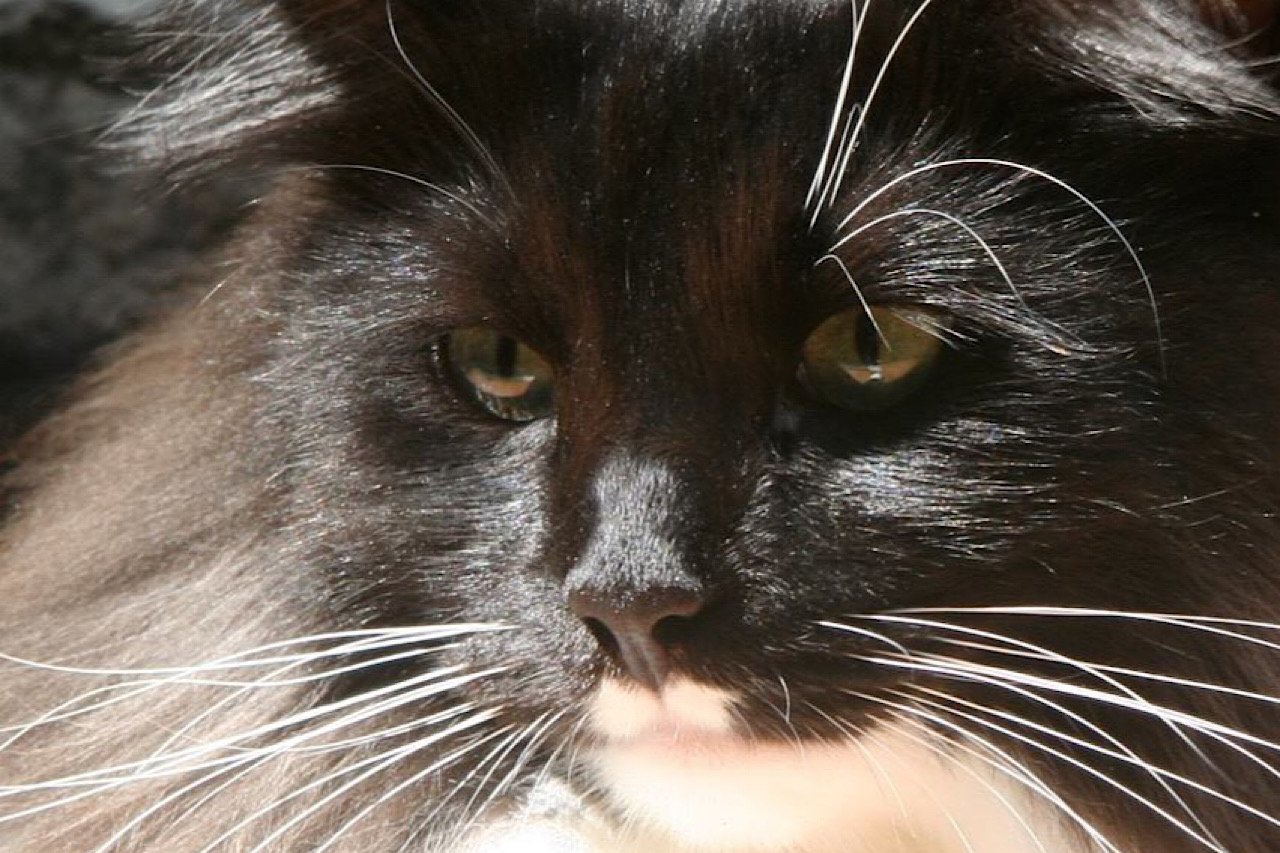 For those who have read my Harvest novels, you’ll recall that one of the main supporting characters was a big tuxedo Siberian cat named Alexander. What many don’t know is that Alexander was based on our own beloved Sasha (a diminutive of both Alexandra and Alexander), a Siberian cat who came into our lives as a tiny kitten a little over fourteen years ago. Sadly, Sasha suffered what we believe to have been a stroke in August 2021 on our way from San Antonio to our new home in Idaho, and was left in such condition that, heartbroken, we felt compelled to put him down.

Alexander’s character in many ways was faithful to Sasha: he was rambunctious, often a pain in the butt, and contrary as any cat could be.

But he was also a very loving and faithful friend, who spent many an hour curled up in my or my wife’s lap, purring contentedly or just sleeping away. When I was working at the table, be it writing or working on something else, he would often come and lay right up against the back of my iPad in its stand, his big head just over one side of the keyboard, so I was pretty much compelled to pet him every time I tried to type. But he never let us forget that he was descended from ferocious hunters: even in his elder years, he would periodically charge around the house, singing the song of his people.

At night, he would often make a peculiar circuit of the bed, hopping up on my wife’s side, marching around her pillow, down between us, across my feet, then up on my left side where he would slowly stalk toward my pillow, where he would do a slow turnaround and stick his tail in my face, then meow that he was hungry (yes, he could be an asshole). He would also prowl the house in the middle of the night, yowling just to hear his own voice, I think, then sleep and snore most of the day.

It’s hard to say all there is to say about a furry companion who was with us for fourteen years, and even now it’s hard for me to write this without tearing up. Sasha (and his sister Nina) came to us when he was so tiny that he could easily fit into my cupped palms, and grew into a big cat of 17 lbs in his heyday. But over time he became diabetic and had some other medical problems, which I suspect contributed to his demise.

I’ve had to put a lot of animals down over the years, or bid goodbye when my parents had to have it done: that’s an unavoidable part of life when you grow up around animals as I did. Dogs, horses, and more. Sadly, saying goodbye never gets easier, and that was certainly true with Sasha, as I held him lone last time before he strutted across the Rainbow Bridge, tail held high, yowling loudly for all to hear.